SDOH: What you need to know

You know how government gives with one hand, but always takes with the other?

Apparently Michigan public health’s three-year spectacle of incompetence failed to drive in the lesson, because instead of slinking away into oblivion, they’re doubling down.

The latest buzz word in public health, academia, and government circles is “Social Determinants of Health,” or SDOH.

The MDHHS website features this University of Michigan Public Health introduction to SDOH. It is short but enlightening.

Do you feel like a helpless victim of circumstances yet?

Fun Game for the family Thanksgiving: see how many economic pitfalls and factual errors you can identify in the video.

Did you spot the psychological manipulation at work behind the fallacies? The techniques used here reinforce victimhood, depression, and dependency. 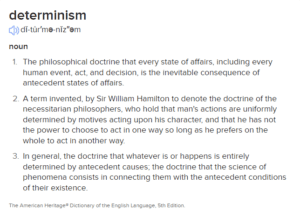 The worldview is Determinism, which denies human agency: our ability to think and act, our drive to overcome. Of course, the inconsistency is assuming that some humans – specifically those in Public Health – are endowed with enough human agency to run their own lives, and ours as well.

From the conservative perspective, it may seem obvious that blame + redistribution of wealth will not produce health.  However, we all have friends and neighbors who swallow SDOH promises hook, line, and sinker. Maybe include them in your video analysis on Thanksgiving Day?

It’s not just Michigan. SDOH permeates American and world institutions: Medicare, Medicaid, ICD-10 medical coding, NIH, CDC, NAM, WHO. Advocates include a National Alliance (NASDOH) and WHO. It even has its own Congressional Caucus.

The power and reach of SDOH intersect with CRT, ACEs (adverse childhood experiences), and population care – all tools of totalitarianism opposed to healthcare freedom.

Essential healthcare freedoms are at stake

Those who control data make the decisions. I urge you to take steps to secure your healthcare data.

Major insurance companies are paying agents to mine our information – up to $100 per questionnaire. From there, our data feeds into grant proposals, lucrative government contracts, and more insurance protocols controlling our care. Ultimately, we get even more regulation and health programs that promise much and deliver little.

Now that you know about SDOH, please help expose it – and share with friends and family that there is a way out.

Do you have an SDOH story? Put it in the comments!